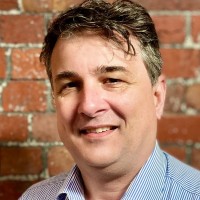 Peter ‘Chewie’ Bakker describes himself as a ‘financial engineer’. It all stemmed from when he tried to build an algorithm based on his F-16 pilot dad’s brain (he was also a successful investor).

Since then, he’s had an eventful life. He had a stint in the Army in his native Holland. He was awarded an MA in Sociology. He’s worked for Google, Mydeco, Target, and Sensis. And he’s been a successful entrepreneur in his own right. All the while developing hundreds of trading algorithms to manage his family’s money.